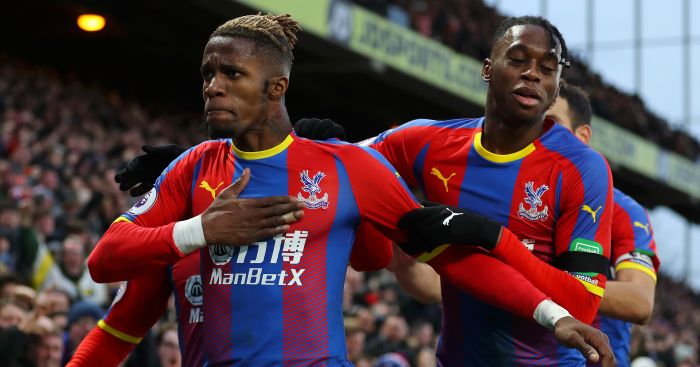 Manchester United are so ‘determined’ to sign Aaron Wan-Bissaka that they are reportedly preparing a third bid to sign the £70m-rated Crystal Palace ace.Wan-Bissaka has emerged as United’s primary target for their right-back position, with Antonio Valencia released, Ashley Young’s form deteriorating and Diogo Dalot not considered experienced enough yet to take on the job full time.

It was thought that Palace would accept around £60m for the England youth international, but Sky Sports claim he is now being valued at £50m.

They say the club ‘would not consider an offer of less than £50m,’ for the 21-year-old, who is ‘interested’ in the move but not ‘agitating’ for it.

United have already had one derisory offer rejected, as well as a second ‘substantial bid’.

But Sam Pilger, who counts Bleacher Report, FourFourTwo, The Athletic, The Times and the Mail on Sunday among his outlets, says United are ‘likely to return with an increased offer of around £50m’.

He adds that Wan-Bissaka ‘wants the move to happen’, while United are ‘determined’ to get their man.