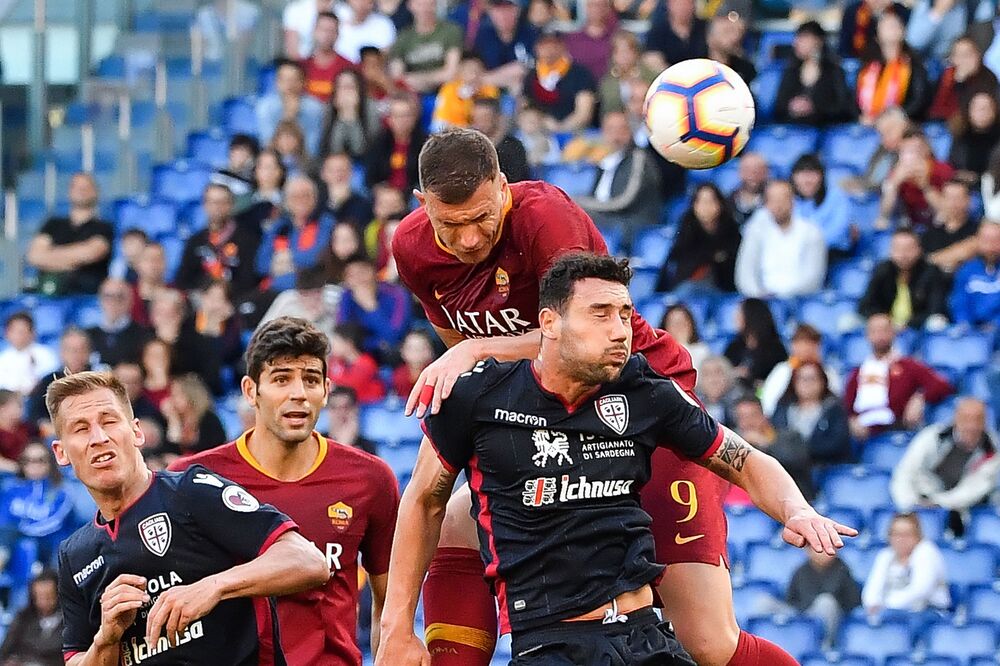 AS Roma SpA is seeking to become the third Italian soccer club to sell bonds in less than two years, asking yield-hungry investors to take a chance on potentially unpredictable on-field performances.

Meetings start Monday ahead of a planned debut 275 million-euro ($306 million) sale of five-year senior secured notes via a unit. The three-time winner of Italy’s top division will use proceeds to repay 215.5 million euros from a credit facility and a 2.6 million-euro dividend to the club, according to a NetRoadshow presentation released to investors on Friday.

Roma follows Football Club Internazionale Milano SpA and Juventus Football Club SpA into the bond market, promising to make debt payments from indirect media rights, sponsorship and security over its UEFA account. The risk for investors is that bonds can be hit by an injury to a key player or an unexpected defeat — as seen in April when Juventus’s note tumbled following elimination from Europe’s top soccer competition, the Champions League.

The Rome-base team will safeguard bondholders by making payments via a special-purpose vehicle, called Roma Media Bidco, which will be separate from the main company that buys and sells players, according to a person familiar with the deal, who asked not to be identified because they’re not authorized to discuss the matter publicly. It will also use a waterfall payment structure that prioritizes debt servicing, the person said.

Representatives for Roma didn’t respond to a request for comment on the planned bond sale when contacted by Bloomberg News.

The deal uses a structure similar to project financing as specific cash-flow streams are used for repayment. Inter Milan’s 300 million-euro note in December 2017 had a similar setup, and the 4.875% coupon was markedly lower then what the team would have paid in the project-finance market. Juventus sold a 175 million-euro note in February.

Roma last won Italy’s soccer title in 2001. It has since been a regular feature in the Champions League, advancing to the semifinals last year. It will participate in the less lucrative Europa League next season.

Roma generated media cash inflows of 229.5 million euros in the year ended March, and drew 213.5 million euros of cash for debt servicing, according to the NetRoadshow presentation.

Key sponsors include Qatar Airways QCSC, Nike Inc. and Hyundai Motor Co., according to the roadshow presentation. Media broadcasting rights for Serie A, Italy’s top division, are centrally managed by Lega Serie A on a three-year contract cycle.

— With assistance by Luca Casiraghi